La maison brûle is now a photozine produced by Monkeyphoto and available here.

‘I see a slab of pale yellow,’ said Susan, ‘spreading away until it meets a purple stripe.’

‘I hear a sound,’ said Rhoda, ‘cheep, chirp; cheep chirp; going up and down.’

‘I see a globe,’ said Neville, ‘hanging down in a drop against the enormous flanks of some hill.’

La maison brûle, the last series by Alessandro Ciccarelli, like a steam of consciousness diary, shows not immediately decipherable connections, blurring the boundaries between perception of reality and mental reprocessing. These images deprive the eye of space and time landmarks, combining apparently unrelated subjects one to each other, leaving us lost trying to track a sense. As in The Waves by Virginia Wolf, those pictures speak without being introduced, dialogue without waiting for answers, they don’t want to explain themselves and move to the intelligibility edge, as in a succession of dreams, memories and feelings.

In this case photographing isn’t an act to redefine reality, the images are not comforting signs to find an orientation but a part of an act of research, dialogue and modification involving the photographer himself, the subjects portrayed and who looks at these photographs as in a hall of mirrors.

La maison brûle brings us closer to an idea of the act of photographing as an experience of self, that time by time it queries and finds the meaning not in the answers and certainties but in finding ­and lending ­new questions. (FB) 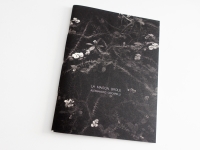 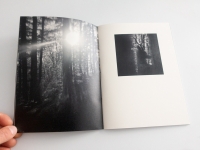 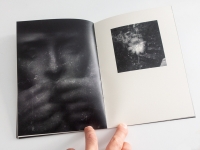