Lato selvatico is now a photozine produced by Monkeyphoto and available here.

The word natura (nature) comes from natus that means ‘born’, and urus, the generative energy.
The word selvatico (wilderness) originates from selva (forest), which has the same root as sole (sun), and it means ‘to burn’.
The word wilderness comes from the Old English wildeornes, where deor is the animal of the forest, and it means, in a broad sense, a place of danger and difficulty in which everything depends on the ability to survive.

But.
If we wanted to go back to the real etymology of these words, we should go further back, leave the city, reach a large enough wild space - sometimes this takes a long long way - and spend there a significant amount of time.
In silence. Walking, if possible.

The first sense to be awakened and amazed, would be that of smell: the freshness rising from the damp earth, the balsamic amber of resins, the scent of the trodden moss.
Then, in order not to stumble, we would again pay attention to where we put our feet, and touch with hands all things around, rough, sticky, slippery: a polished floor is nothing more than a forcing to which we are too accustomed. (At the beginning, someone has mapped out a path for us - someone would say a rut - without obstacles.)
A rediscovered ability to watch and listen could be the blessing for vision and hearing.
At dusk, we could be overwhelmed by a primordial sense of loss mixed with excitement.
In the dark, all senses would gather, triggering dormant mechanisms.
In a short time, an archaic system, in which each living and inanimate element is in harmony with the other, known and shared, would replace the ridiculous line of thinking imposed by the so-called civilization.

Give me as friends and neighbors wild men, not tame ones. Henry David Thoreau

If we look at the latest work of Alessandro Ciccarelli, what catches the eye is exactly the calm attempt to represent an emotional etymology of (his own) wild side. It’s about the images of an instinct, a trace of an exploration and the resulting sensations.
They are all frames of a mental and physical ecosystem to recompose from founding elements, evoked by a human representation: it is on the film and its colors that we can find the idea of water, air, earth and fire, but not into the portrayed reality, because this it is not immediately accessible.

From the total, emerald green of logs aiming at the sky - and of the sky - to the off-white of the dense fogs, from the red that comes when natural and human enter into a relationship with the brownish of the undergrowth, the colors become the photographer's accomplices and contribute to an archaeological activity on instincts: no one knows to what time or space the film, colors and intentions belong. It's only possible to recognize the guessed sense of our own wilderness, sensed from a nature that queries and incites doubt, a nature whose strength is to be found precisely in fogs and fadings.
It is also an ecological operation that cleans ourselves of all artificial residues.
Sometimes the image happens to open itself and, pacified, embraces all surroundings: some doubt is lost, but it only lasts a moment.
These are photos of an uninhabited space, the space of wilderness.
We could see paths suggested as a possible reconnection but, if we pay close attention, none of them are really recommended. Fallen, broken or cut logs, imperviuos corners, and a vague sense of mystery, are the proof that the path is troubled. It can not be shown, but only undertaken in a very intimate way, and evoked, in a very personal way.

Often I am permitted to return back to a meadow / as if it were given property of the mind / that certain bounds hold against the chaos. Robert Duncan

The Western world gives dark and negative connotation to the word “wild”, it rejects it.
On the contrary, wilderness is a return to primitive harmony that is the most resistant nerve.
After all, we are orphans of the ecosystem that created us, a place where all elements are partakers of wholeness (Who can really say to be completely adapted to civilized life?).
Living, writing, evoking this place is like talking about a wholeness from which the human being has decided to pull out.
Therefore, a material distance from our origins that it is hard to fill.
But there's more.
The wild side, the inner one, includes, at varying doses, chaos, eros, all taboos and a sense of the unknown. It is the joint realm of the demonic and ecstatic, of the archetypal power, where the engines of teaching and changing – elements of an overwhelming power – originate.
After all we could walk on polished floors for quite long time and hide all this under a carpet. Returning to the wild is an inner practice which, everything taken into consideration, is unseemly in our time.
Its investigation is a risk that not many are willing to take.

I would like to say / Coyote is forever / Inside of you. / But it's not true. Gary Snyder 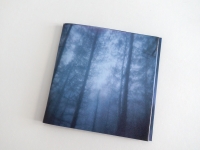 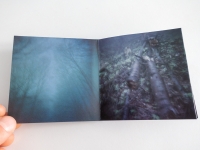 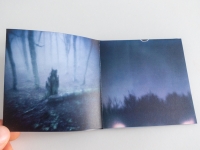 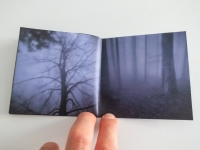 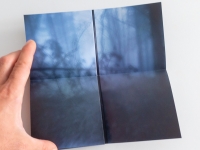 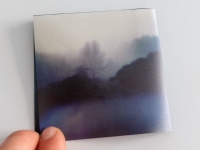